We enjoyed a treble at Fontwell on Thursday in seriously testing conditions. All three winners were well ridden by our promising conditional jockey Ben Godfrey who is starting to make a name for himself this season.

He has been with us for almost 18 months and reached a notable milestone on Thursday when his claim was reduced to 5lbs.

We took five horses to Fontwell and they were all in the money.

GUSTAVIAN was the first to strike under top weight in the two and a quarter mile Class 4 handicap hurdle. He makes life difficult for himself by pulling so hard but he was a bit calmer last time at Chepstow and seemed to appreciate the drop in trip on Thursday. Ben settled him nicely in the rear before working his way into a challenging position at the second last.

A mistake there cost him momentum and he did well to make up ground and catch Hasankey on the flat. It was good to see Gustavian get his head in front again after a run of second places. 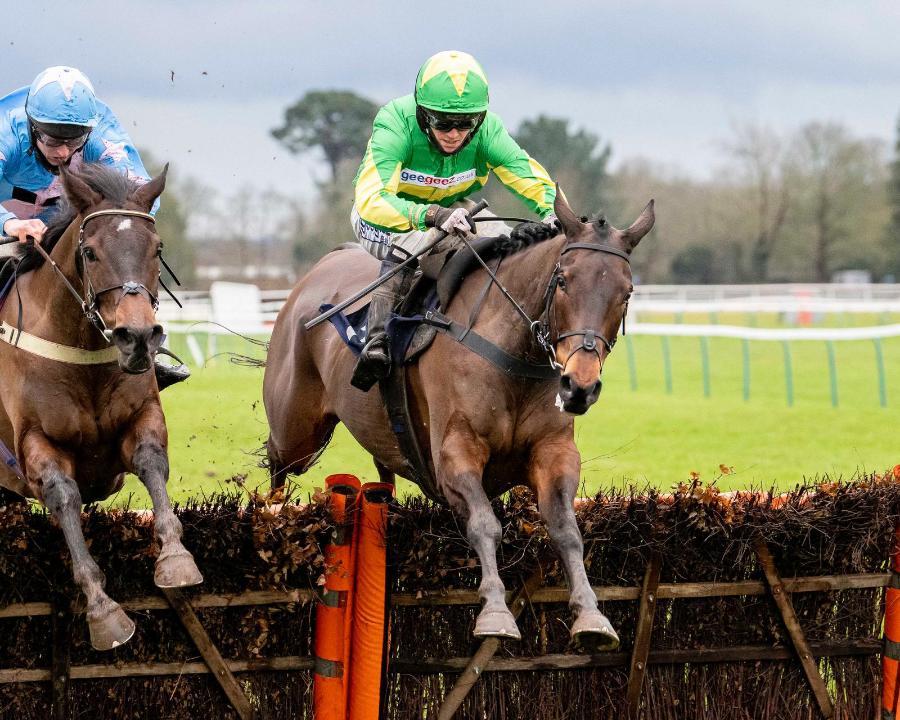 LILY THE PINK was the next to get on the scoresheet with a spirited success in the colours of the Wessex Racing Club who are having a great time of things this season with five winners from eight runners.

Ben had her handy the whole way and she showed plenty of character to see off the persistent challenge of Kenny George. Lily is still improving, travelled well on the ground and found more when it was needed. She’s giving her owners a lot of fun. 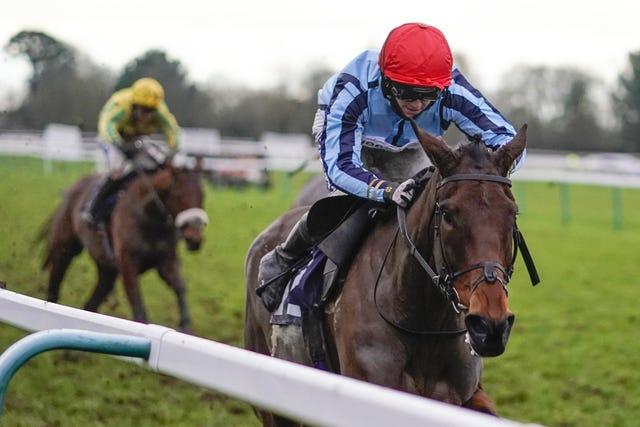 SWINCOMBE FLEAT completed a fine day for jockey and trainer with an all the way victory in the bumper. I was a bit disappointed with her debut at Ffos Las where she didn’t show as much as I hoped in finishing fourth.

But she clearly learned from the experience and was much more alert and sharper at Fontwell where she appeared to enjoy sitting upsides in front.

Her dam Swincombe Flame was a classy racemare, winning the Lanzarote Hurdle at Kempton and being placed in a Grade 1 hurdle and two Grade 2’s. Hopefully she has produced a decent one in Swincombe Fleat.

I was pleased with the run of RUBYS REWARD who showed plenty of promise in finishing fourth in the bumper, while a little earlier BELLE DE MANECH underlined her long term potential when runner up to Allavina in the mares’ novice hurdle under a penalty.

Ben Godfrey was the one who earned the headlines on the day and it is great to see both our young jockeys doing so well. He and Rex Dingle work hard, are keen to improve, have sound temperaments and deserve to get on.